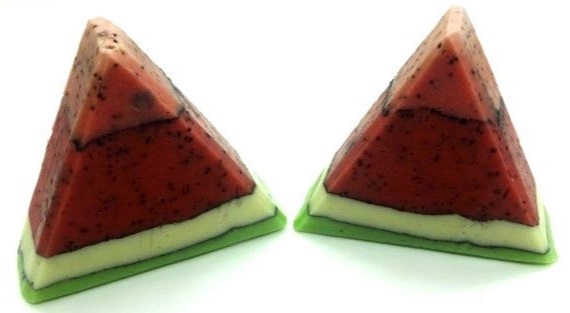 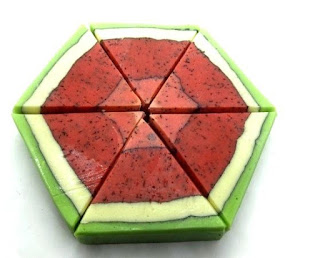 The soap challenge club in February 2020 has been a very special one. It was not us, the usual members, the ones that had to make the soap. The guidelines were to make a soap with someone who had never ever made a soap before.

For that, I chose my lovely friend Stefania, who is as well my son´s godmother.
She chose the 3 pencil line technique and decided to make a watermelon soap with the triangular soap mould that I have at home.

First of all, she designed the layers. Starting from the very top:

She decided herself for a Nature Garden´s Fragrance Oil: Frozen Margharita. She also decided that the mica lines should be black.

It was a lot of fun to make the soap. I am really astonished how it turned, as I really did not need to help that much. It also went faster than I thought. We were in 60-75 minutes ready with the whole pouring, which is astonishingly little time for the first soap ever.

Stefania enjoyed it very much to make the soap!

Here you are some pictures of Stefania making her soap! 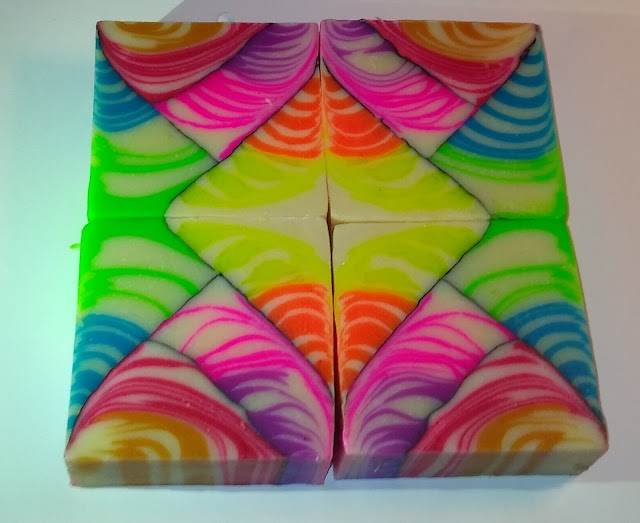 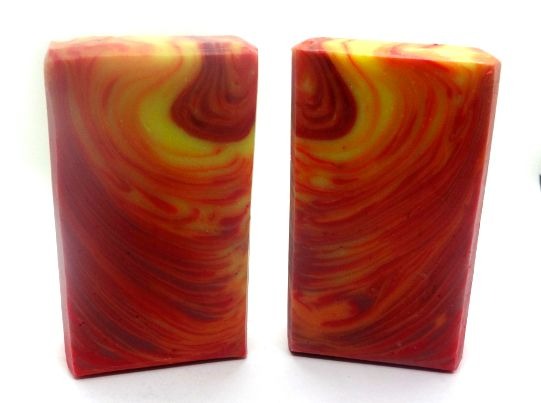