I would like to introduce you the soap I have prepared for the soap challenge of July.
The technique is called "pointy lines". We had the luck to have a wonderful guest teacher: "Tree Marie Soapworks" who has been helping all of us to learn this technique.

At the first glance, this technique seems very easy, but it is not. This is for me one of the most difficult techniques ever! It reminds me to the mini drop swirl. I needed 7 tries until I got it.

For the pointy lines technique, I have also needed 7 attempts.

For the challenge I am doubting if I should take Attempt No. 5 or attempt no. 7.

I used the following recipe:

As you can see, I got nice pointy lines in the second layer (blue-white), but I got some undesired drops from blue inside the orange layer.


The issue with both attempts was that I chose a fragrance oil that thickened too fast, so there was no time left for the trace to get inside the previous layer. 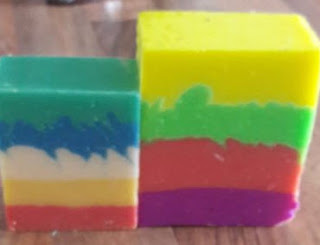 I like how attempt no. 5 turned, however the colours do not contrast well with each other 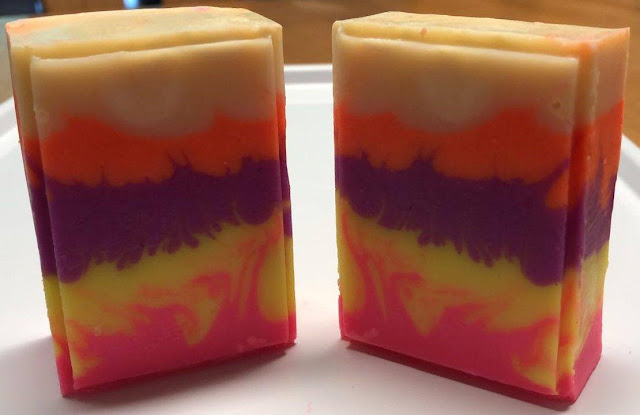 It did not turn so well. I used again a fragrance oil that thickened a bit
Picture will follow

For this attempt I used a colour combination provided by a nice tool https://color.adobe.com/de/
This tool provides an optimal combination of colours 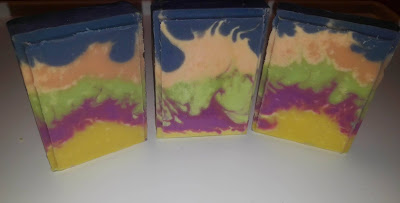 I used the lumbini garden tall & skinny soap mould. It is a small one for a 500g batch soap. To pour the colours I used the small Ikea jars (for 300 ml) 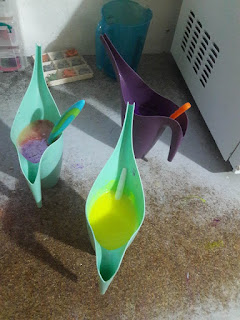 I am often asked what I use to make the frame on my soaps. I use the soap cut edge tool from soap stamps4u
https://www.soapstamps4you.co.uk/product-page/extreme-large-soap-edge-cutting-tool-kit-up-to-4-799-inches-122-mm 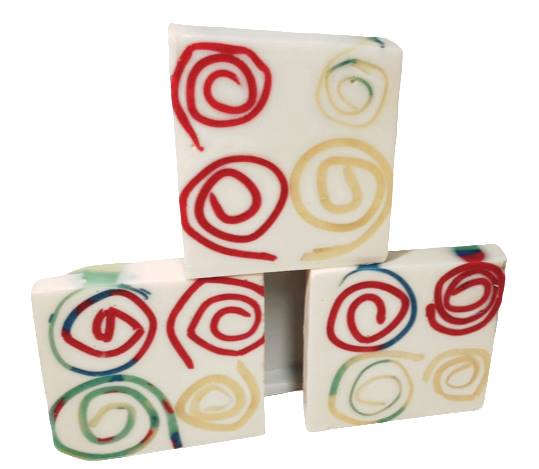 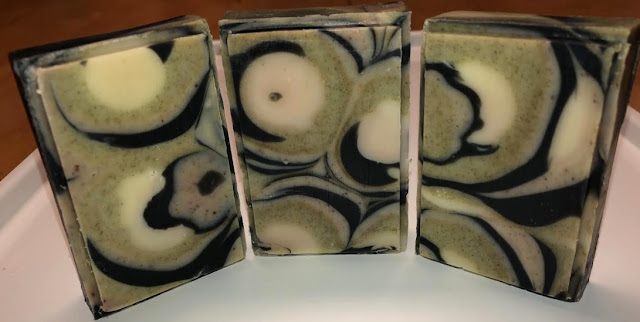